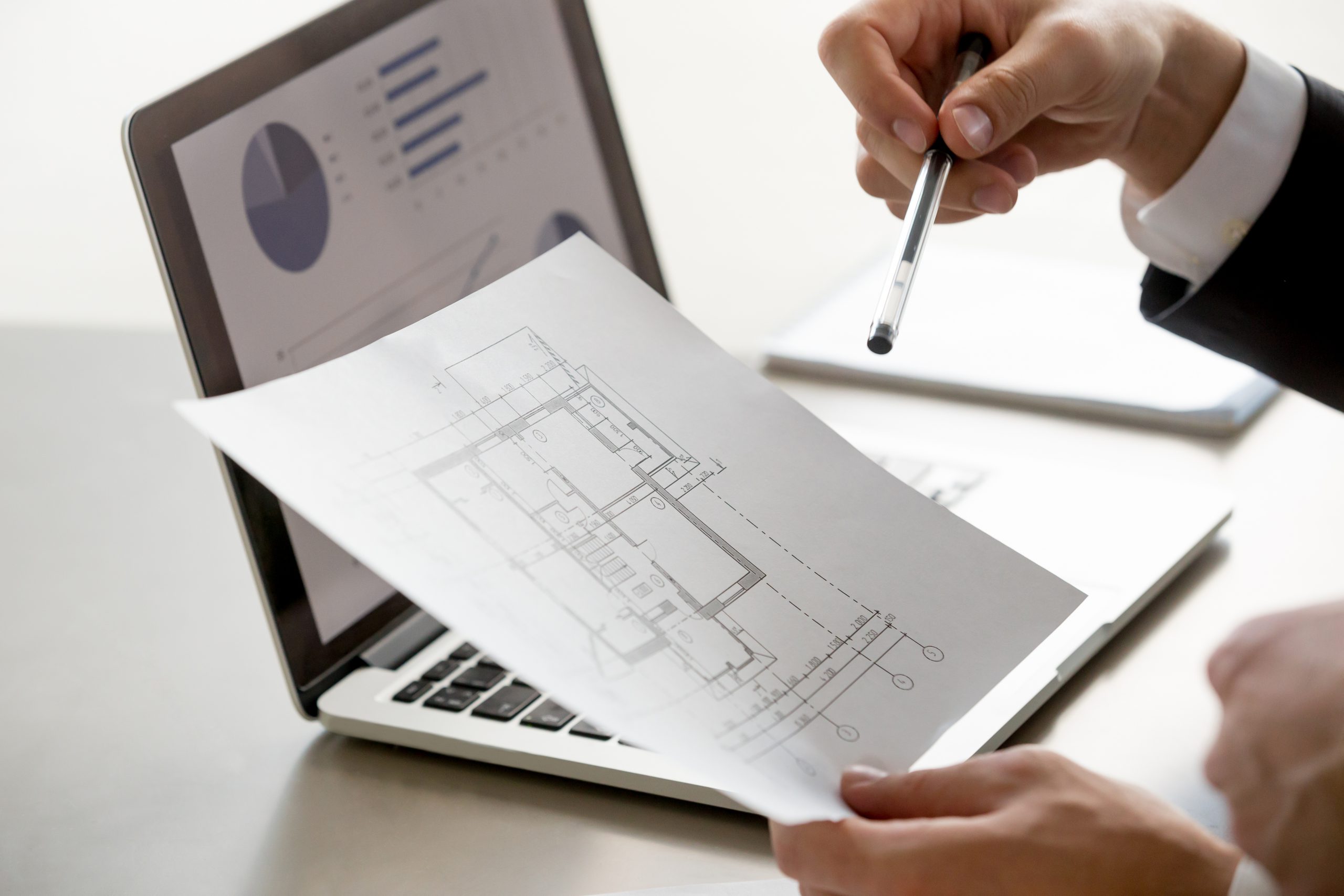 The Current State of the Rental Market In NYC

The end of the year has traditionally never been the busiest for the rental market in New York City, but 2020 turned that idea on its head. Based on Douglas Elliman’s monthly report, more people signed deals for rentals in Brooklyn and Manhattan in December than has occurred in the last 12 years. That’s great news for property owners, but that’s not all.

October and November saw so much leasing in these boroughs that those months also set annual records. But they aren’t the only neighborhoods seeing new faces behind the windows and this is likely to continue and grow as the COVID-19 pandemic starts to be handled with new vaccines. The market has nowhere to go but up and for property owners, it’s already going pretty well.

However, there’s more to be aware of than these achievements. Part of that includes why leases increased in many boroughs and how to bring that success to your own properties. The pandemic has changed the world in ways both small and large, which includes many property owners offering more inexpensive rental rates to bring in tenants.

We’ve already looked at the increase in rentals in Manhattan but knowing more about the numbers can help you as a property owner. The last few months have been busy for the borough but there are reasons for that. The sudden appearance of record leases as the year 2020 ended was caused, at least in part, by lower prices due to the pandemic.

While nearly 5,500 new leases were signed in December in Manhattan alone, many believe this was driven by lower prices to bring in new residents and keep existing tenants in place. Even so, the number of leases increased by 94% compared to last year and is an increase of 36% from the leases signed in the month before.

These numbers show data that things are on the way toward a rebound. Manhattan rents had dropped nearly 22% from November 2019 to 2020 but December saw a minor rebound. The numbers moved from 22% to just over 17%, which shows that people are still willing to rent apartments in the city. The presence of 5,459 new leases signed throughout the month shows demand for high-quality living spaces in Manhattan.

Changing rates to match what’s going on in the world is a must, but it’s not the only option for ensuring you keep tenants happy and bring in new individuals for units that are empty. Since things are still in flux right now, finding new ways to market your properties could be the solution you’ve been looking for to keep yourself successful. We’ll share more about some options for you later on in the article.

We’ve talked a lot about Manhattan but that’s far from the only place where the rental market has seen major changes over the last few months. However, as with Manhattan, Brooklyn has also seen the highest number of rental deals signed in over ten years. That means property owners in this borough might not be getting paid as much as they were a few months ago, but they are seeing new residents.

New leases in Brooklyn moved up 59% in December from November. However, the median rental price dropped about 10% from 2019. When looking from November to December, that’s a drop of 3% from a median of $2,786 to $2,700. About half of the leases signed in December included some sort of concessions for the new tenants. That means making compromises is an option for some landlords in Brooklyn.

While some residents have lost their jobs or are working fewer hours due to the coronavirus pandemic, not everyone has. Many of those who have kept their wages or even received promotions or raises since that time are looking to live in bustling boroughs like Brooklyn and Manhattan. Many believe that Brooklyn will be the most popular borough for those people, which leaves property owners with plenty of options.

With the rental market being up and down due to the situations occurring across the world, changes are needed for everyone. It doesn’t matter if you offer the property in Brooklyn or Staten Island. The world isn’t the same place as it was a year ago. One option that can help keep rentals filled is a resident referral program. It lets current happy tenants bring in new tenants who already know what your properties offer.

Manhattan and Brooklyn aren’t the only boroughs that have been seeing increases in tenants over the last few months. One example is Queens, which is filling up with renters who want to enjoy all of the parks, easy access to public transport, and amazing cultural and ethnic diversity. It doesn’t hurt that tenants can often get additional space in this area for the money.

Even though rental prices and occupancy rates are slightly below their levels before the pandemic began, the area hasn’t seen major impacts due to the market downtown. In fact, compared to Manhattan, the prices had only dropped by a little over 5% as of October 2020. That’s less than Manhattan which saw rates drop up to 8% throughout the month.

One of the things that Queens residents love so much about the borough is that they can do everything in one location. The neighborhoods offer businesses, apartments, houses, restaurants, and entertainment all right next to each other. Tenants in the borough can enjoy one of the best restaurant scenes in the city, along with natural forests and parks, and luxury amenities. All of these things come at a lower price than they would in Brooklyn or Manhattan.

As things change with the new innovations available for the pandemic, many people are going to focus on being near those they care about. With nearly a year of individuals working from home and staying away from others (as much as possible), many have been frustrated by the lack of ability to see family and friends on a regular basis. This is another reason that resident referrals work so well, as long as they are provided by a reputable and experienced company.

When it comes to the rental market in the Bronx, there are some similarities to other boroughs as well as some stark differences. While rentals have slowed in all five boroughs over the last year, the Bronx has seen different statistics than Brooklyn and Manhattan. For example, an analysis done by the listing website StreetEasy shows that rental prices in the Bronx haven’t seen the skyrocketing downward trend that other areas of NYC have.

Especially in areas with large numbers of immigrant, Black, and Hispanic individuals, rental prices haven’t changed that much. Norwood in the Bronx has only seen a change of 1% from February to November, which could be good news for property owners who center their businesses in the nearby area. This is especially the case for those who offer modern amenities and perks to their tenants.

As with other boroughs, property owners and managers in the Bronx can work toward filling their units by using resident referral programs. People who live in units can pass on information about open spaces to people who are looking to move into the neighborhood. However, this requires having a robust program that tenants know about. It also means putting in place some kind of reward system for those who bring in new tenants.

When a great bonus is in place for the existing tenant and the new person moving in, it can act as an incentive for everyone involved. It can also take the place of other perks and may prove to be less expensive and time-consuming to put in place. In areas like the Bronx where there have been fewer rent decreases, this alone can ensure a property owner is making the maximum profits for their investment.

While less data is readily available for NYC boroughs outside of Brooklyn and Manhattan, prices have also gone down slightly since before the pandemic began to rear its head and cause changes to the economy in the United States and beyond. As with Queens, Staten Island has a different demographic of people than other areas in the city. Many people live and work in the area while being near their families and friends.

Both buyers and sellers of real estate in Staten Island have opportunities. Those who have invested in property for rent in the many neighborhoods of the borough will also find that the situation is less dire than in some areas. Staten Island was the exception for increasing rental prices during the 90s-2000s mortgage crisis and the area is seeing the same thing occur during the pandemic.

The entire world has changed over the last year and looking at ways to ensure your properties are filled with people who want to be there is crucial. A resident referral program is the best way to make that happen since it offers a huge number of benefits for landlords, existing tenants, and potential renters.

Resident referrals provide an incentive to current tenants to bring in new tenants to fill up buildings. These incentives can range from rent discounts to cash bonuses or other types of rewards for the referring individual. This kind of program capitalizes on the fact that people are more likely to take advice from loved ones. Tenants who are already loyal to a living place can share their experiences with people who are looking for a new home, condo, or apartment.

Some of the benefits to landlords and property owners with a referral program include:

With things still a bit in limbo in terms of coronavirus and the economy, anyone who is renting property needs to be looking for an edge. Whether you have a property in Brooklyn, Queens, Manhattan, the Bronx, or Staten Island, a resident referral can be part of that change. Contrary to what you might believe, getting one in place often doesn’t take a ridiculous amount of effort.

With the rental market exploding in many boroughs across New York City, there has never been a better time to put a resident referral system into place at your apartments or condos. It gives you an additional way to ensure your units are filled as the new year moves into February and beyond.

When you use Cityhive, all the hard work is done for you so you can focus on what matters – managing your rentals. Cityhive offers 24/7 online management, vacancy alert notifications, and quick onboarding to make using the service convenient. If you’re looking for new residents fast, the service helps you fill units while giving incentives to current residents. It’s a win-win for everyone! Find out more and sign up on our website.